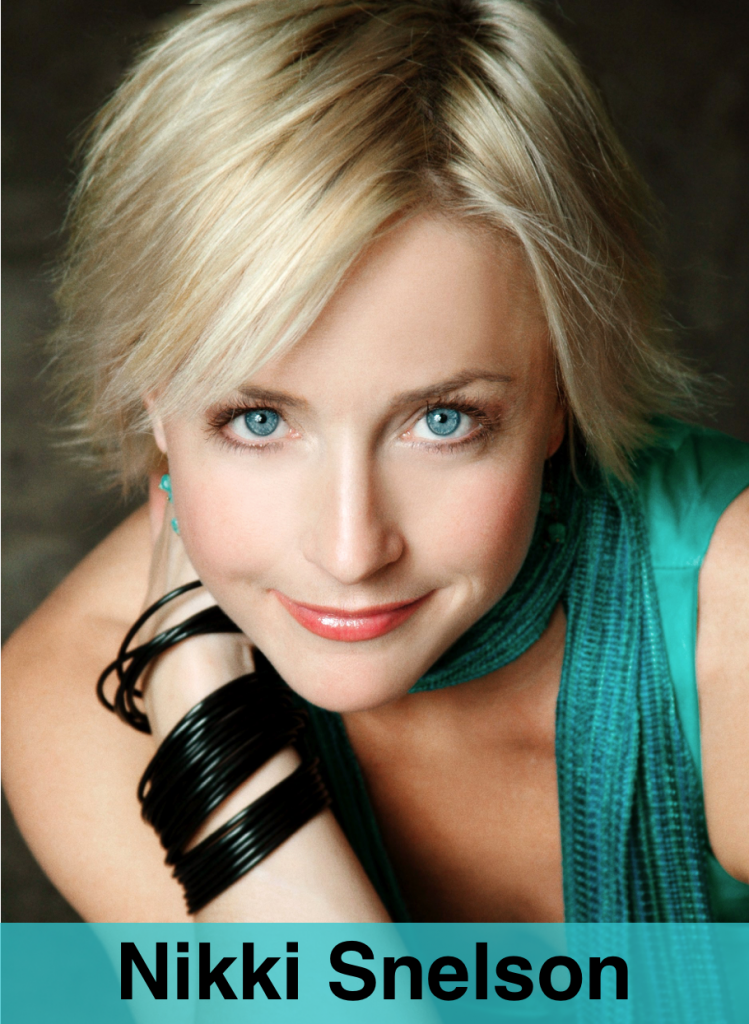 Come learn from a true “showstopper!”

Nikki Snelson originated the role of Brooke Wyndham in Legally Blonde on Broadway. Her other credits include Sweet Charity, A Chorus Line, Annie Get Your Gun, Tick, Tick, Boom, Hello Dolly (with Carol Channing), Showboat, and more! Nikki teaches all over the world and we are delighted to have her take over Broadway Training Intensive for the day!

Students will learn original Broadway choreography and vocals, and have a Q&A with Nikki. Classes will include Improv and Musical Theatre Dance, with Tap as an optional add-on.

*Prior Training Required (See details for each level below)

Get “Snelsonized” Tuition: $70 – $85
(Depending on the dance classes you choose)

There is a $10 registration fee for this program.

Current dance students do not need to register online.

Prior Training Requirements for Dance Classes:

Beg. Tap – This class is designed for students who have studied tap for less than two years, and requires prior training outside of show rehearsals.  If you are competent with original time steps (singles, doubles, and triples), drawbacks, buffalos, maxi fords, paradiddles, and cramp rolls, BTI’s beginning/intermediate level tap class will be a good fit for you.

Int./Adv. Musical Theatre Dance – This class will move quickly.  It requires a minimum of two years of ballet and/or jazz training within the last four years, outside of show rehearsals.  If you are proficient at double turns and split leaps, are flexible, and are able to pick up choreography quickly, BTI’s intermediate/advanced level class will be a good fit for you.

Int./Adv. Tap – This class will move quickly and requires a minimum of two years of training within the past four years.  Training must be outside of show rehearsals.  If you are competent with all of your time steps, crossing drawbacks, wings, syncopated tips and pullbacks, and can shuffle off to buffalo while turning, BTI’s intermediate/advanced level tap class will be a good fit for you.

BIO: Nicole ‘Nikki’ Snelson is originally from St. Louis, Missouri.  Nikki is an actress, singer, dancer and choreographer who made her professional debut at the age of 16, and furthered her training with the BFA Musical Theatre program of the Boston Conservatory. Nikki has taught and directed at several high schools and universities globally – from St. Louis to Singapore to Buenos Aires.

After creating the role in the world premiere in San Francisco, Nikki would originate the role of Brooke Wyndam in the 2007 Original Broadway production of Legally Blonde: The Musical. In September of 2007, the musical was broadcast nationally on MTV. Nikki was also featured on the reality casting show Legally Blonde: The Musical: The Search for the Next Elle Woods in 2008.

In 2008, Nikki headlined the First National Revival Tour of A Chorus Line, starring in the iconic role of Cassie. The revival featured musical staging by Bob Avian and choreography by Baayork Lee, recreating the legendary original production by Michael Bennett.

Other credits on Broadway include starring with the original cast of the 1999 Tony Award and Grammy Award winning Broadway Revival of Annie Get Your Gun. Nikki made her Broadway debut starring as the ingénue Winnie Tate, starring opposite Bernadette Peters. She also appeared in the Broadway revival of Sweet Charity starring Christina Applegate. Nikki starred in the national tours of tick, tick…BOOM! as Susan, Disney’s Beauty and the Beast, Hello Dolly! starring Carol Channing, and Showboat. Off-Broadway she starred as Violet Zipper in the musical How to Save the World and Find True Love in 90 Minutes, and in the NYMF’s production of Have a Nice Life, which won the Best Ensemble Award. Nikki also starred in the Asian Premiere of tick, tick…BOOM! in Singapore. In 2009 and 2010, she originated the role of the new, female villanious Mad Hatter in the Frank Wildhorn musical Wonderland: Alice’s New Musical Adventure in it’s world premiere productions.

On the screen, Nikki has been featured on several TV shows, including Desperate Housewives, as Chelsea on ABC’s All My Children, and in the 2005 Showtime movie Reefer Madness. The documentary Every Little Step followed Nikki and several other actors during the audition process for A Chorus Line. She appeared in the 2007 film Across the Universe, by acclaimed director Julie Taymor.